The Myths We Live By By: Mary Midgley [Audiobook] 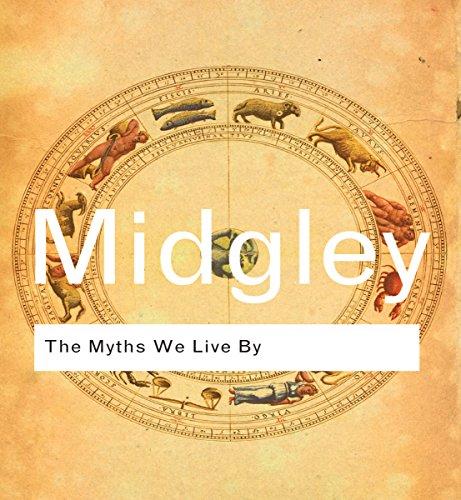 With a new introduction by the author

Myths, as Mary Midgley argues in this powerful audiobook, are everywhere. In political thought they sit at the heart of theories of human nature and the social contract; in economics in the pursuit of self interest; and in science the idea of human beings as machines, which originates in the 17th century, is a today a potent force. Far from being the opposite of science, however, Midgley argues that myth is a central part of it. Myths are neither lies nor mere stories, but a network of powerful symbols for interpreting the world. Tackling a dazzling array of subjects such as philosophy, evolutionary psychology, animals, consciousness, and the environment in her customary razor-sharp prose, The Myths We Live By reminds us of the powerful role of symbolism and the need to take our imaginative life seriously.

Mary Midgley is a moral philosopher and the author of many books including Wickedness, Evolution as a Religion, Beast and Man, and Science and Poetry.

Awakening the Buddha Within: Eight Steps to Enlightenment…

A Way Of Being By: Irvin D Yalom, Carl Ransom Rogers…

The Cambridge Companion to Adorno By: Tom Huhn [Audiobook]

Idealism as Modernism: Hegelian Variations By: Robert B…

The Eternal Tao Te Ching: The Philosophical Masterwork of…