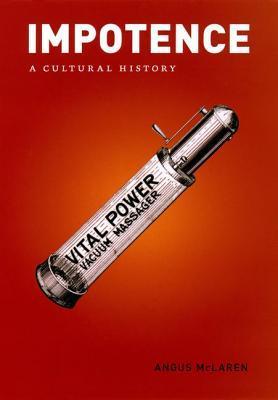 As anyone who has watched television in recent years can attest, we live in the age of Viagra. From Bob Dole to Mike Ditka to late-night comedians, our culture has been engaged in one long, frank, and very public talk about impotence—and our newfound pharmaceutical solutions. But as Angus McLaren shows us in Impotence, the first cultural history of the subject, the failure of men to rise to the occasion has been a recurrent topic since the dawn of human culture.

Drawing on a dazzling range of sources from across centuries, McLaren demonstrates how male sexuality was constructed around the idea of potency, from times past when it was essential for the purpose of siring children, to today, when successful sex is viewed as a component of a healthy emotional life. Along the way, Impotence enlightens and fascinates with tales of sexual failure and its remedies—for example, had Ditka lived in ancient Mesopotamia, he might have recited spells while eating roots and plants rather than pills—and explanations, which over the years have included witchcraft, shell-shock, masturbation, feminism, and the Oedipal complex. McLaren also explores the surprising political and social effects of impotence, from the revolutionary unrest fueled by Louis XVI’s failure to consummate his marriage to the boost given the fledgling American republic by George Washington’s failure to found a dynasty. Each age, McLaren shows, turns impotence to its own purposes, using it to help define what is normal and healthy for men, their relationships, and society.

From marraige manuals to metrosexuals, from Renaissance Italy to Hollywood movies, Impotence is a serious but highly entertaining examination of a problem that humanity has simultaneously regarded as life’s greatest tragedy and its greatest joke.