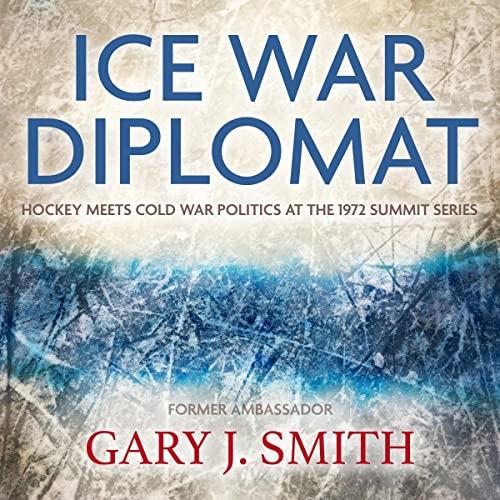 Tasked with finding common ground and building friendships between the world’s two largest countries and arctic neighbors, a young Canadian diplomat finds himself on his first overseas assignment in Moscow, the Soviet capital. It’s the early 1970s and a Cold War between communism and capitalism, the west and the east, is simmering-while the ice rink is just starting to heat up. Smith opts for sports diplomacy, throwing off his embassy black tie dress codes and donning the blue and white sweater of the Moscow Maple Leafs.

A vodka-infused encounter with the influential Izvestia journalist “The Snowman” leads him into the murky world of Soviet hockey officialdom, the KGB, and the decision that USSR “amateurs” were finally ready to play Canadian professionals in an eight-game Friendship Series of the best versus the best.

Trusted by each side with unparalleled access to officials, coaches, and players on both teams, Smith witnesses this unique and epic hockey series that has come to transcend time.

The 1972 Canadian-Soviet Hockey Series will go down in history as a pivotal political event, changing the course of two nations and the world of hockey.

The Messenger By: Shiv Malik [Audiobook]

Stories of the Stalked By: Lily Baldwin [Audiobook]

Afternoons with the Blinds Drawn By: Brett Anderson…

Five Weeks in the Amazon: A Backpacker’s Journey: Life…

Homelands: The History of a Friendship By: Chitra Ramaswamy…

A Terrible Secret: Scared for her safety, Tilly places…

Masters of Mindfulness: Transforming Your Mind and Body By: Rick…

On the Heights of Despair By: E M Cioran, Maarten Boudry

Science of Science and Reflexivity By: Pierre Bourdieu, Richard Nice