I Used to Say My Mother Was Shirley Bassey By: Stephen K Amos [Audiobook] 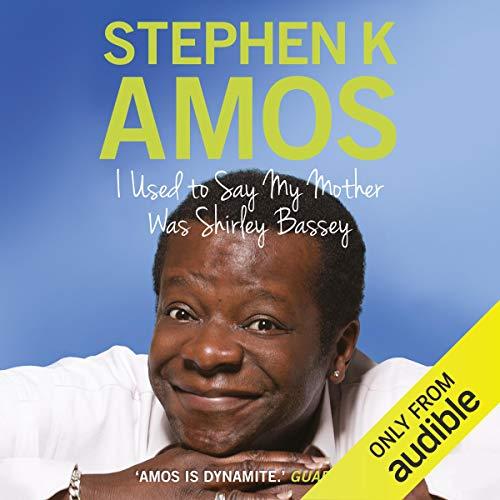 Growing up in a large Nigerian family in South London, Stephen K. Amos learnt early on to find the humour in every situation. Raised by his parents and extended family of ‘aunts’ and ‘uncles’, I Used to Say My Mother was Shirley Bassey tells the story of Stephen’s chaotic upbringing in the carnival atmosphere of the late ’70s and early ’80s.

Stephen describes his awkward beginnings as the only black kid in his class, where he told everyone his mum was Shirley Bassey to break the ice. Then, as a middle child in a large family, Stephen learnt stage presence by vying for attention and performing at family parties. Now a world-renowned comedian and performer, regularly selling out venues like the Hammersmith Apollo, Stephen looks back at his earlier life and the incidents which shaped him and continue to inspire his performances.

Poignant, funny, and with the narrative gift Stephen is famous for, I Used to Say My Mother was Shirley Bassey is a memoir of a life fitting in, standing out, and (almost) always laughing.

Five Weeks in the Amazon: A Backpacker’s Journey: Life…

Homelands: The History of a Friendship By: Chitra Ramaswamy…

A Terrible Secret: Scared for her safety, Tilly places…

Kika & Me: How One Extraordinary Guide Dog Changed My…

When Footballers Were Skint: A Journey in Search of the Soul…

Was It Worth It: A Wilderness Warrior’s Long Trail…

Been So Long: My Life and Music By: Jorma Kaukonen…

Ravens Home S05E14 To Halve and Halve Not HDTV x264-CRiMSON